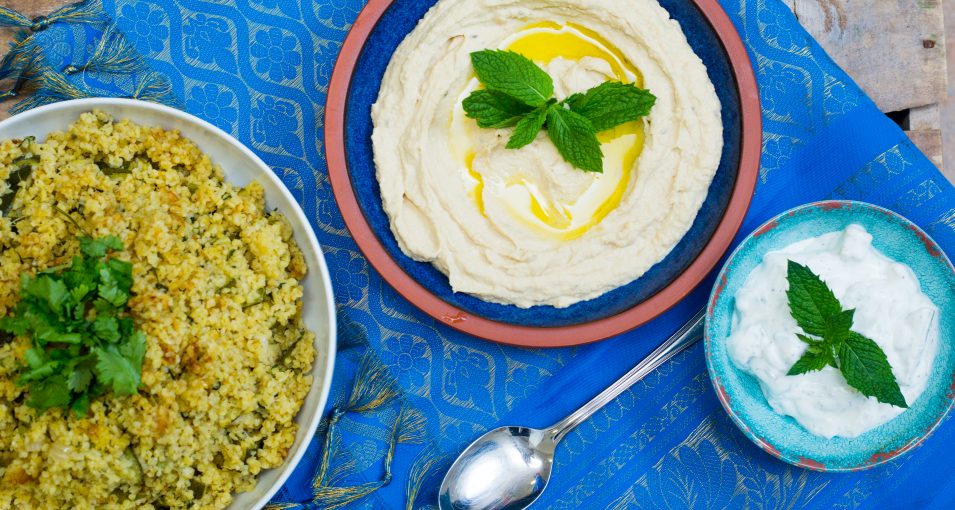 Join us at the Bray Literary Festival 2019 in welcoming local direct provision residents to chat about food stories and food journeys, as well as sampling some food in the Harbour Bar.

Food connects and brings people together. It is something that all of us, no matter where we’re from, can share in and enjoy. Join participatory-based artist Katie Ceekay, 80:20 Educating and Acting for a Better World and Fighting Words in welcoming local direct provision residents to chat about food stories and food journeys, as well as sampling some food in the Harbour Bar.

Curated in a group setting, participants tell the story of their journey through recipes, ingredients, flavours and memory. Developed as part of a new project the recipes, stories, and the experiences will be documented and collected together in a short publication. 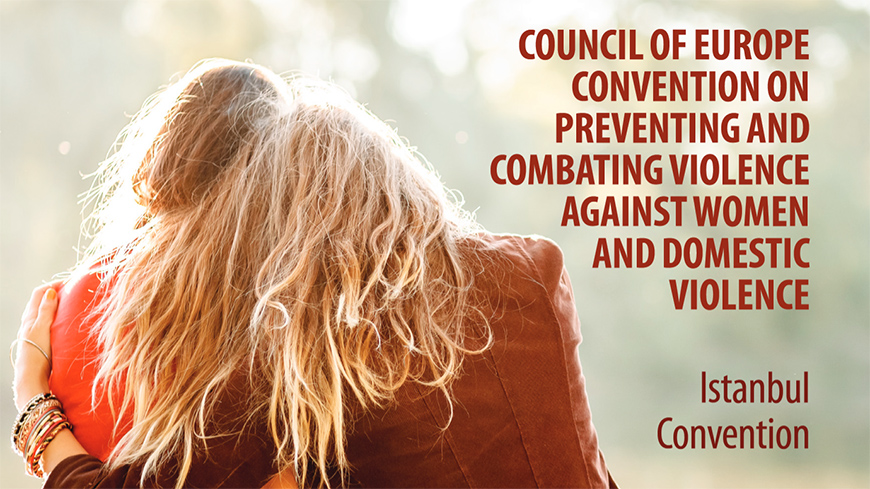 August 1st marked the 5th anniversary of the entry into force of the Council of Europe Convention on preventing and combating violence against women and domestic violence, known as the Istanbul Convention. Tony Daly, on behalf of 80:20, joined other members of Euromed Rights Network in reflecting on what this convention means for them.

“During a routine check-up as part of antenatal meetings with my partner, the last thing we expected our midwife to ask was whether we had booked tickets to catch the latest box office not-to-miss movie adaptation of Fifty Shades of Grey.

It was the week of Valentine’s Day in February 2014; that seasonal expression of love and affection on the annual calendar. And no, we had not booked tickets. After a hearty laugh about it, the race was on, our midwife explained…to the holiday roster. Any midwife worth their armchair forecasting knew what was coming – a VERY busy November. In an increasingly digital and digitally connected world, I couldn’t help but stop and wonder. What is this movie teaching – through emotional pain, humiliation and intimate partner violence – to today’s young women and men? Through popular culture, what is it suggesting or potentially normalising?

Four years on, and now joined by a young sister, my son sees and imitates everyone around him – most especially his cousins and grandparents. As social animals, children see, children do. And I wonder, what new role models will they grow to learn from and how many pop culture signals and norms will they be able to decode, unlearn and challenge for themselves?

As violence against girls and women is now broadcast regularly on Twitter, Facebook and in recent elections by candidates proving their ‘credentials’, it’s important to recognise the women who have encountered violence, in all its forms and through courage took personal risks to speak out, in spite of decades of distrustful state and social institutions that systematically failed generations of women. Last year over 19,000 contacts were made with Women’s Aid. At least 1 in 3 women worldwide, or up to one billion women, have been beaten, coerced into sex, or otherwise abused in their lifetimes.

That Ireland ratified the Istanbul Convention on International Women’s Day in March this year is a triumph in perseverance and hope, and it gives me hope that Ireland finally signalled its ‘credentials’ as a small country to unlearn and relearn its role as a guarantor to this and future generations to prevent, protect against and combat gender-based violence in all its forms – physical, psychological and sexual.

By ratifying the Istanbul Convention, Ireland now stands in solidarity with women everywhere in stating that violence against women is no longer a ‘grey’ matter. That fantasy, is over”. 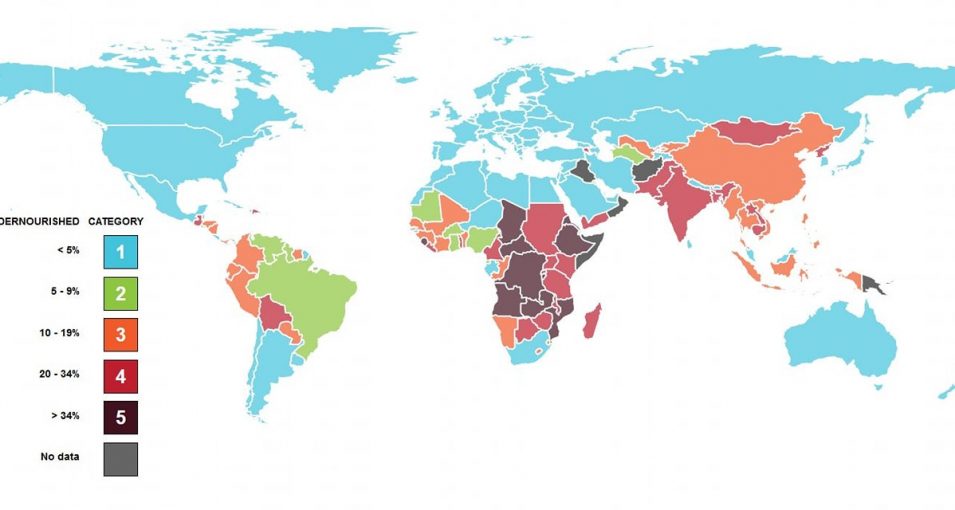 Geographers – we need your help! Join us for a 2-hour workshop reviewing the Living in the Hallow of Plenty activities and ‘hunger map’, produced in 2013 with AGTI members with a focus on hunger, poverty and waste.

This curriculum development workshop is designed to support critical reflection on a resource produced for geography teachers Junior Cycle, set for launch in Sept 2019 and seeks to:

Some key questions guiding the session:

This teaching resource is being produced in conjunction with the Association of Geography Teachers in Ireland (AGTI), Concern Worldwide and 80:20 Educating and Acting for a Better World. 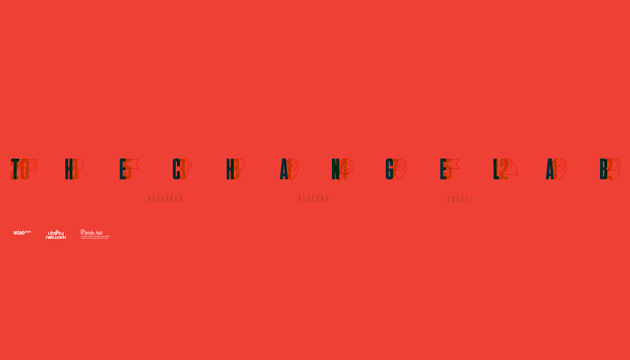 Exhibition: The exhibition is open to the public from Monday 8 April until Tuesday 16 April 2019 (closed on weekends). Details of exhibition, see NCAD Gallery.

80:20 Educating and Acting for a Better World is delighted to take part in the Change Lab 2019 exhibition process in the National College of Art and Design (NCAD) with Fiona King and Tony Murphy of the School of Education, Anne Kelly, NCAD Gallery programme curator, Jones Irwin of Institute of Education, Dublin City University (DCU), educationalist and Development Options associate Gerry Jeffers, Deirdre Hogan of the Ubuntu Network and Tony Daly of 80:20. 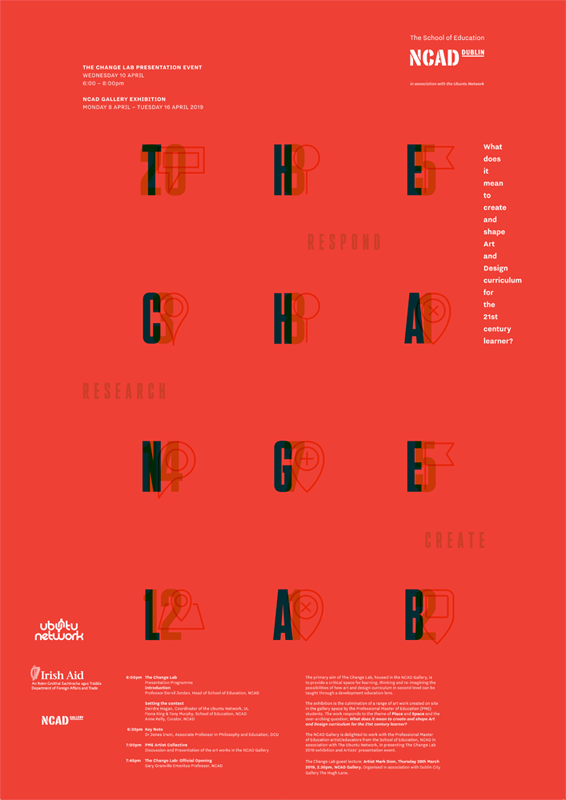 The Change Lab is a critical space for learning, thinking and re-imagining the possibilities of how art and design curriculum in second level can be taught through a development education lens as explored by students taking professional masters of education (PME) in art and design as part of the Ubuntu Network’s initial teacher education approach to engage with local and global development issues.

This year’s group involved 17 students in 5 teams to conceive, research and produce original artwork on the theme:

What does it mean to create and shape art and design curriculum for the 21st century learner?

About the five projects 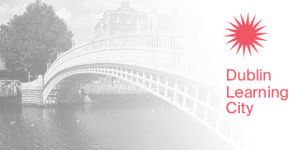 The Change Lab 2019 is part of the first Dublin Learning City Festival which takes place from Monday 8 – Friday 12th April.  The aim of this festival is to establish sustainable intergenerational learning communities in the city and to work towards becoming a Learning City, as defined by UNESCO. 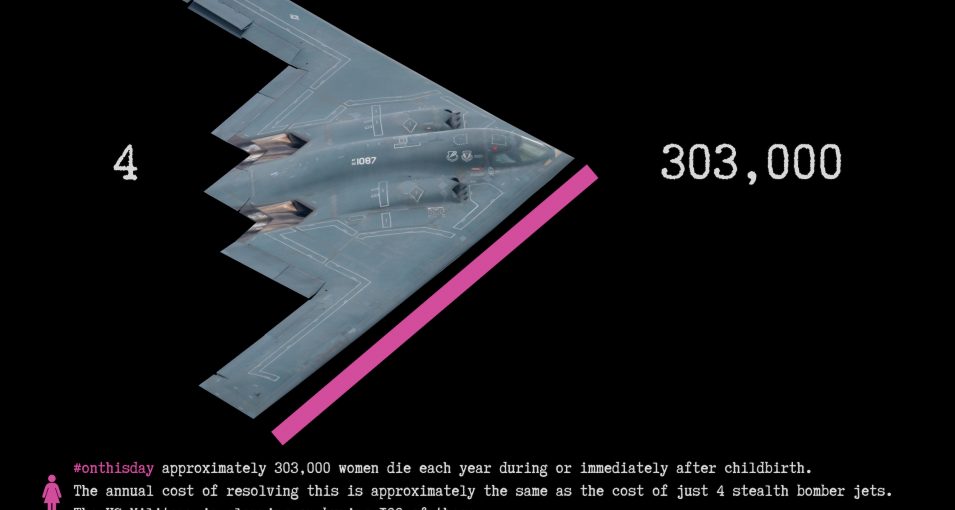 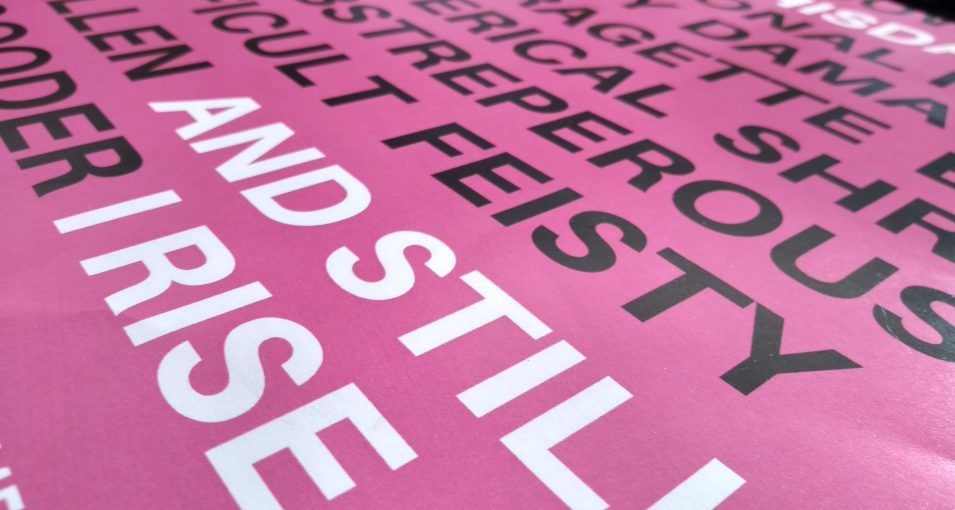 Join us on International Women’s Day, 8th March 2019 in Bray Library to launch the #OnThisDay Women’s Rights Are Human Rights poster series co-produced with students in the Peace and Justice Group, Loreto Bray.

Produced as part of the Let’s Talk project in partnership with staff and students in the Peace and Justice Group in Loreto Bray. 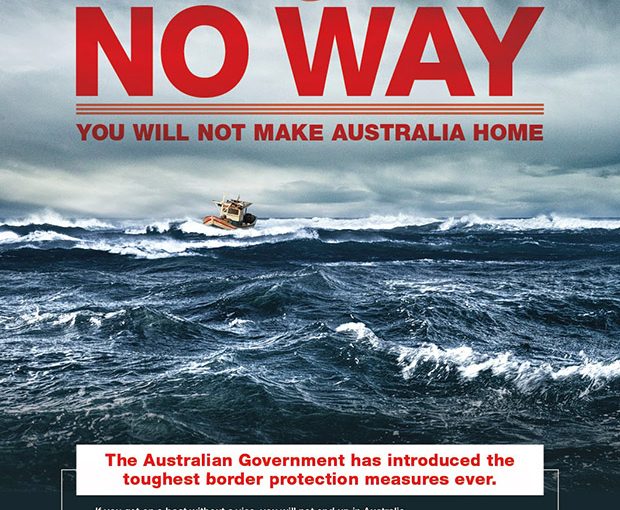 Join us at the 2019 National Forum for Adult Literacy Tutors organisd by NALA, which will focus on the process of transformation from different perspectives – the learner and the tutor. It will look at how this transformation can be analyzed and supported and how it can bring positive change to both learners and tutors.

Tony Daly (80:20) and Helen Ryan (NALA) will be contributing to the Forum through workshops, Beyond the click: Challenging fake news in the learning environment, based on the educator’s toolkit.

Photo: a 2014 ad campaign run by the Government of Australia anti-immigration poster which was supposed to counter people smuggling. (this was poster was included in  #BeyondTheClick: an educator’s toolkit for exploring global digital citizenship). 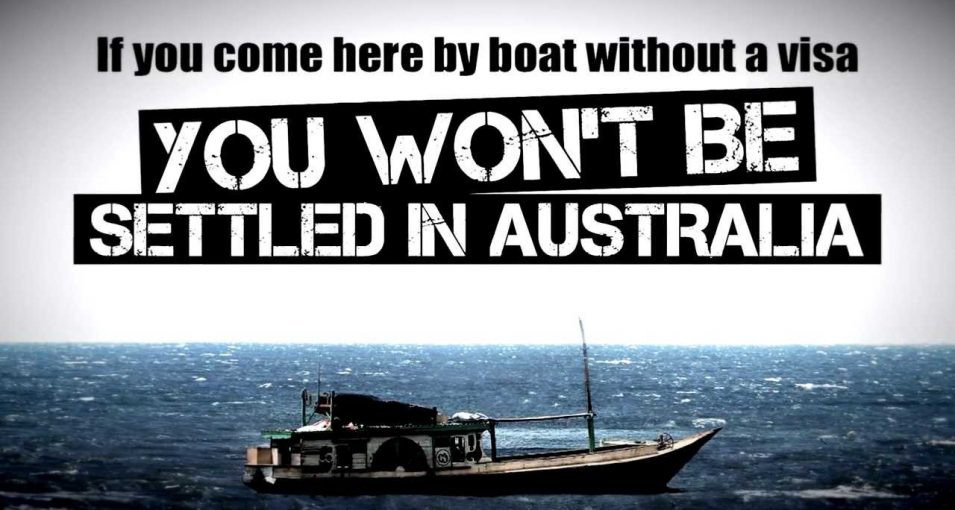 Join us for Getting beyond the click – a workshop on tackling fake news through human rights education, Wednesday, 29 August 2018, 11.00am-1.00pm, in the IDEA Office.

The session will be led by Tony Daly, co-author of #BeyondTheClick: a teaching toolkit for global digital citizenship, and co-ordinator of 80:20 Educating and Acting for a Better World.

The 2-hour workshop will include:

Workshop participants will also avail of a free poster from the toolkit based on The 10 Elements of Global Digital Citizenship drawn out of the toolkit.

More information about #BeyondTheClick is available on the project page. 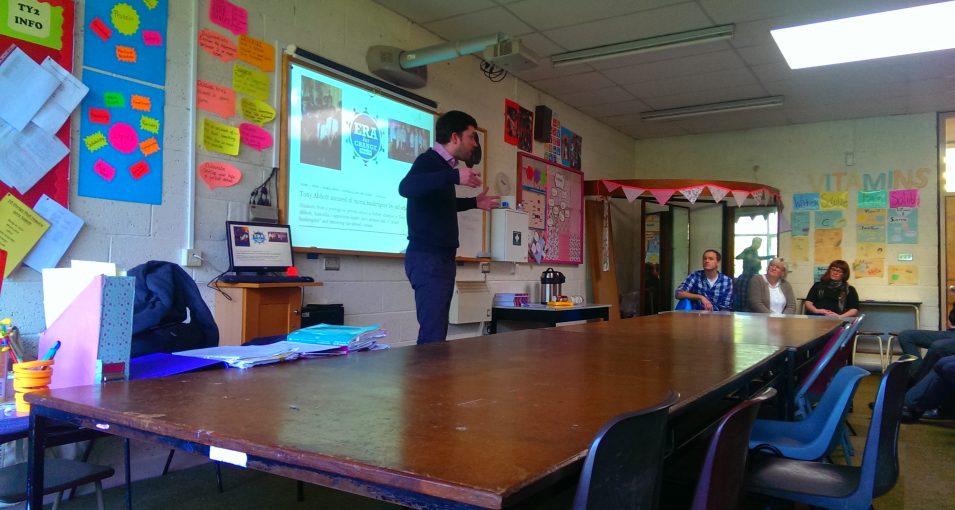 We’re delighted to be taking part in the inaugural Bray Literary Festival 2017 in an event that’s free and open to all – drop in and join the conversation on the post-truth world (not just UK and United States of America…).

As an organisation based in Bray we’re particularly happy to be involved in the festival.

More info on event is below.

The post-truth is out there.

2016 was a year dominated by highly charged political and social circumstances. The Oxford dictionary declared “post-truth” as the Word of the Year.

Oxford Dictionaries President Casper Grathwohl tells us that it has been ‘fuelled by the rise of social media as a news source and a growing distrust of facts offered up by the establishment, post-truth as a concept has been finding its linguistic footing for some time’.

What are the implications beyond the UK and the United States of America? Distorting the truth is not a new industry, particularly in contexts that involved power-grabs over democratic institutions and as a tool for suppressing facts over fiction in public relations exercises.

As the implications of business-as-usual approaches to affluent modern lifestyles are now seen in some of the richest and poorest countries, are linked to the rise of economic inequalities within and between countries and an irreversible changing climate system, these converging realities place new shocks to standards of dignity, a common humanity and happiness on an increasingly more unequal planet.

Are facts no longer sacred? Who is to blame? What does the post-truth world look like beyond the noise of social media bubbles and UK and US headlines? What can we do about it?

Tony Daly will be in conversation with environmental scientist Cara Augustenborg and child refugee rights campaigner Grace McManus. This event is brought to you by the team that produced 80-20 Development in an Unequal World, 7th edition – a primer on key international development, human rights and sustainability issues and ideas co-published by the New Internationalist, Oxford and 80:20 Educating and Acting for a Better World, Bray.